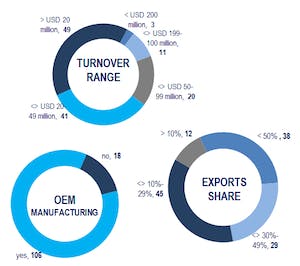 With a total value of USD 14.8 billion in 2016, increasing by 12% on average in the last decade, China is the leading office furniture manufacturer at a world level.

Furthermore, China, which increased its share from 18% in 2007 to 38% in 2016 (USD 3.7 billion) is also the major exporter and the main supplier for the United States, Germany, France, the United Kingdom and Japan.

The industrial pattern in China is highly fragmented as the majority of office furniture manufacturers are small and medium-small companies. The largest 100 players in terms of turnover account for less than 40% of the total production.

The increasing pressure coming from higher operational costs is forcing some smaller players to close down. On the low-end of the market China is experiencing competition from other Asian countries and North American brands

Some of Yorkshire Office Furniture and seating is imported from China , however over 90% of office desks and office storage is sourced from well established trusted UK office furniture manufacturers and 85% plus of office chairs and bench seating is provided by UK office seating manufacturers.